Last week, the International Energy Agency (IEA) found that world carbon dioxide emissions were flat for a third straight year in 2016, even as the global economy grew. That's good news, but clearly a lot more is going to have to happen, specifically a rapid transition from dirty to clean energy, in order to limit the damage from fossil-fueled global warming. What would such a transition look like?  Yesterday, the IEA and International Renewable Energy Agency (IRENA) rolled out a new report laying out the investment path to reach a "low-carbon energy system" by 2050 and a complete phaseout of fossil fuels by 2060. A few highlights from the report include: 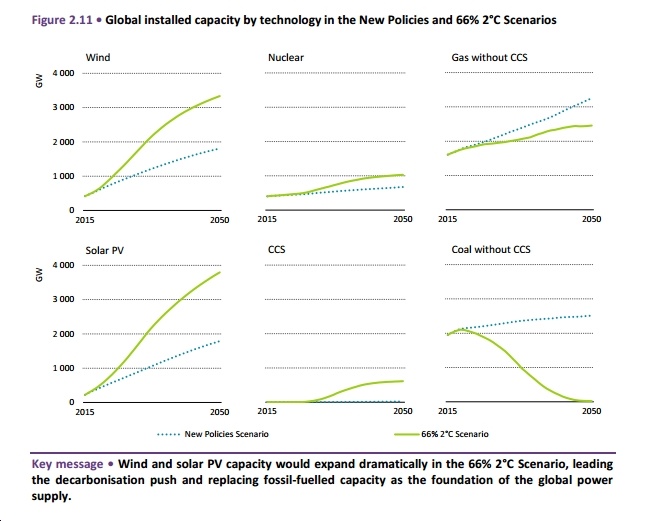 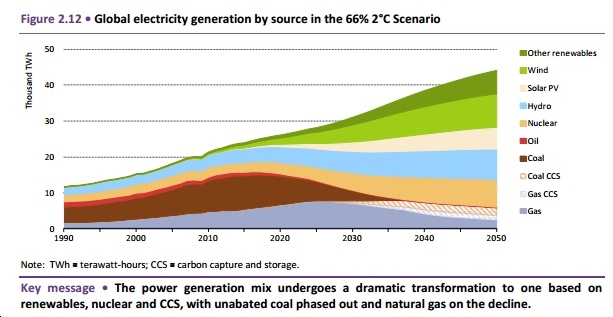