The following three graphics (click on the images to enlarge) are from a recent "Levelized Cost of Energy" (LCOE) study by Lazard - one of the world's leading financial advisory and asset management firms. I'm posting the graphics here because they demonstrate how competitive clean energy's become (even with massive implicit and explicit subsidies to fossil fuels), and also how much cheaper renewable power is going to get over the next few years.  No wonder why the International Energy Agency just explained how solar "could be the world’s largest source of electricity by 2050," with coal just about extinct (see the slide "Solar’s share varies significantly by region"). Great stuff; now let's get on with the transition from dirty, dangerous, fossil-fuel-based energy to clean, renewable power.

In recent years, a number of reports and studies (e.g., see this 2011 report by the IPCC) have arrived at roughly the same conclusion: stabilizing the climate is an absolute requirement, and although it won't be easy, it's doable with large-scale investments aimed at accelerating the transition from dirty to clean energy. A brand-new report by the Center for American Progress and the Political Economy Research Institute, titled Green Growth: A U.S. Program for Controlling Climate Change and Expanding Job Opportunities, focuses on the energy transition needed in the U.S.  A few key findings of this report jumped out at us.

A new report by the Global Commission on the Economy and Climate is well worth reading. Entitled "Better Growth, Better Climate," its bottom-line conclusion is a powerful and compelling one:: "Investments to help fight climate change can also spur economic growth, rather than slow it as widely feared, but time is running short for a trillion-dollar shift to transform cities and energy use."  A few more key points are:

by Mike Casey, President of Tigercomm 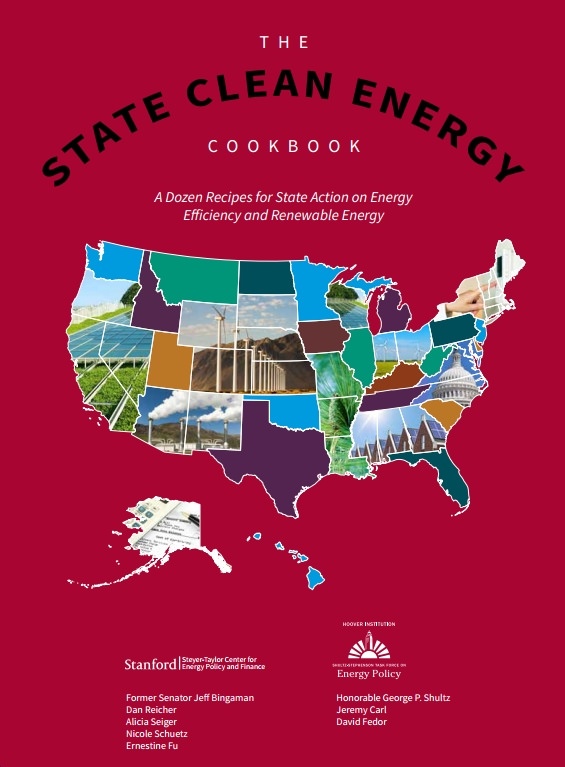 Given the myriad of economic and competitive advantages offered by clean, abundant renewable energy, there's no good reason for this to be a partisan issue in any way. For instance, this article talks about how "a founding member of the national Tea Party and a leader of the Atlanta Tea Party group...is also an outspoken proponent of distributed solar generation and other forms of renewable distributed energy." Why does self-described "right-wing grandmother" Debbie Dooley feel this way? In her own words, it's because "solar is a way to give monopolies very much needed competition." It's also about "[providing] consumer choice...the freedom to choose and create your own electricity." In addition, Dooley argues, distributed solar power is "a national security issue for our country," among other reasons because "the grid can be attacked." Finally, Dooley notes that rooftop solar "empowers the individual and it’s good for the environment." Dooley says her presentation on this topic has received "thunderous applause" at the Tea Party convention.

In the voluminous annals of dirty energy denialism and flat-out falsehoods, this interview with Greg Boyce, the CEO of America's largest coal company, Peabody Energy, has got to rank up there. Here are a few whoppers by Boyce that jumped out at us.

Will AEP President Nicholas K. Akins Eat Some "Safe Enough to Eat" Coal Ash on Camera for Us?

When it comes to dirty energy's attempts to excuse, ignore, minimize, deny and disregard their industry's multitude of problems, this has got to be an instant classic. 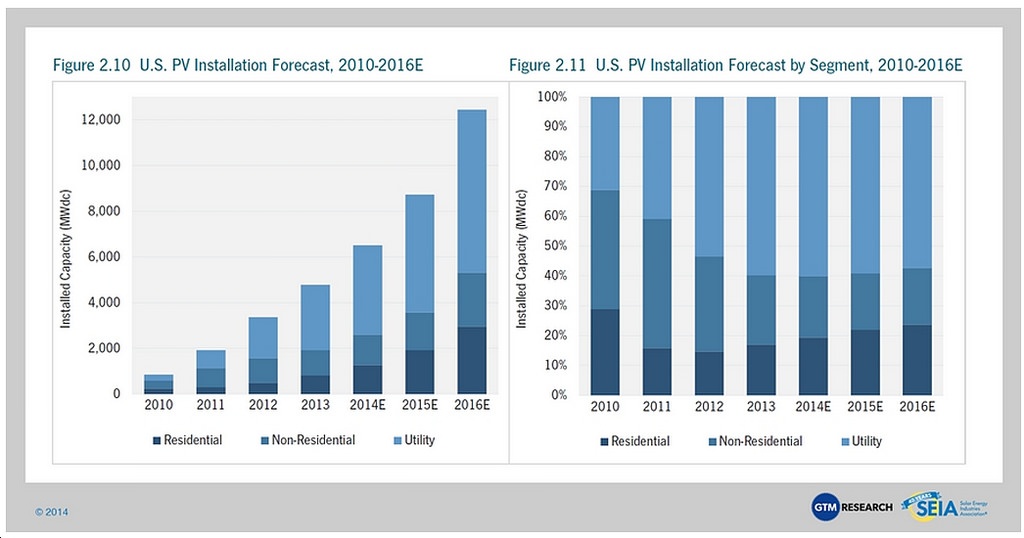 The Solar Energy Industries Association (SEIA) is out with its Solar Market Insight Report for the 2nd quarter of 2014, and it's overwhelmingly "sunny" news. Here are a few highlights:

In the world of electric utilities, there are definitely some that are not forward thinking (to put it mildly). Fortunately, there are others that are very much thinking about what the future might hold - a transition from dirty to clean energy, for starters - and working to adapt to that reality. One of those is NRG President and CEO David Crane,  who feels "shivers up his spine" when he's "introduced as a utility executive at conferences."

At a rally earlier today in Arlington, Virginia, speaker after speaker demanded that Dominion Virginia Power stop supporting anti-clean-energy "bill mill" ALEC (headquarters right behind the rally). Here's some video from the event, as well as highlights.

Joe Romm of Climate Progress said "what Dominion is doing through its support of ALEC is immoral" and "it is time for them to stop." ALEC is a group which allows businesses to fund legislation that "harms the public...without directly getting their hands dirty." But ALEC has been exposed in recent years for its efforts to enact stand-your-ground laws and to roll back renewable energy standards. That's resulted in dozens of major companies, including several utilities, to abandon ALEC. But not Dominion - they have worked alongside the Koch brothers on ALEC's energy and environment task force to push these dirtiest of laws. Dominion's CEO thinks there is value in supporting ALEC - he is very wrong.

Romm said that corporations are not people - they don't suffer when storm surges get intense, when droughts get longer and stronger, etc. They don't need a livable climate, but people do. "Corporations are amoral entities." We aren't, and we're in charge. Here in Virginia, where ALEC is HQ'ed, they actually feature Thomas Jefferson, implying that Jefferson would be an ALEC supporter - "not even close." In fact, Jefferson talked about "intergenerational ethics" and the importance of not "eating up the whole soil of their country." In short, "it is immoral for one generation to destroy another generation's vital soil - or its livable climate..."

We are here to protest Dominion's immoral support of ALEC. We are, as Martin Luther King, Jr. said, "caught in an inescapable network of mutuality tied in a single garment of destiny." "Now more than ever we are tied in a single garment of destiny" - the climate that we are in the process of unraveling. "The need for activism, the need to speak out is as great as ever." Romm quoted Martin Luther King, Jr. on the "appalling silence of the good people," in addition to the "vitriolic words and actions of the bad people." It is time for Dominion to stop its "immoral" support of ALEC.

Why Companies Should Mobilize the Renewable Energy Supply Chain

A big development in clean energy advocacy recently took place, and odds are you haven't heard about it.