Earlier this week, the American Wind Energy Association (AWEA) reported on a new study "by researchers from the U.S. Department of Energy’s Lawrence Berkeley National Laboratory [which] found that more than 9 in 10 people who live close to wind turbines view them positively or neutrally." Yet a recent series by GateHouse Media, ominously entitled "In the Shadow of Wind Farms," somehow manages to find the 8% of people who view wind farms negatively and to focus exclusively on them, not on the 92% who are either positive or neutral about neighboring wind farms. 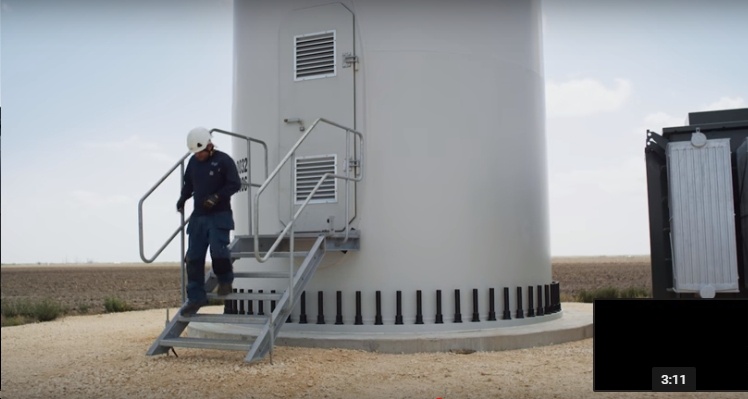 Apex Clean Energy has a great story about the Sioux Nation investing in wind power. Check out the video, below, which explains how "the winds that blow across millions of acres of tribal land in South Dakota are some of the strongest in the country," and how "[s]ix tribes of the Sioux Nation united to form the Oceti Sakowin Power Authority (OSPA) with hopes of harnessing that wind to generate clean energy and a brighter, more independent future." According to Apex Clean Energy, "The wind farms will contribute millions of dollars to the tribes and create jobs on the reservations, preserving the health, sovereignty, and culture of the Sioux Nation for years to come." And wind power, of course, is a 100% renewable, clean energy source, unlike the polluting, finite oil transported via the Dakota Access Pipeline, which the Standing Rock Sioux and others have fought for years.

Over at Renewable Energy World, Jayesh Goyal of Younicos has an interesting article examining the growth in electric vehicles (EVs) and the potential impact of this growth on C&I energy managers. According to Goyal, “C&I energy managers will want to keep an eye on EV growth, because five accelerating trends could put EV impacts right on the driveway of the way they operate.” The five trends Goyal identifies are: