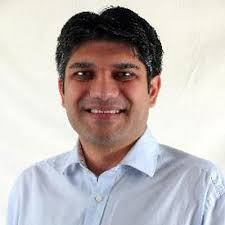 In a recent article at Greentech Media, my friend and leading clean energy entrepreneur Jigar Shah got it right (yet again).  This time, Shah nailed it on why the mainstream media’s conventional wisdom is natural-gas-heavy, behind the times, and a disservice to the public. See excerpts from the article below, bolding added for emphasis.

Earlier this month, Marketplace had a weekly roundup on the economy, focusing on manufacturing jobs because of emphasis provided on this topic by both of the presidential campaigns. The guests were John Carney of The Wall Street Journal and Catherine Rampell from the Washington Post.

At the third minute, Rampell weighs in on whether clean energy jobs would really help laid-off manufacturing workers. At 4:30, Carney shows his complete ignorance and claims that clean energy jobs are “science fiction."

How does an amazing show like Marketplace get these things so wrong? How do folks from the Washington Post and The Wall Street Journal not know that solar and wind power now make up over 75 percent of new electric capacity additions in the United States -- representing over $70 billion in new capital investment in 2016 alone? In so doing, these industries are generating substantial fees for investment banks, lawyers, accountants, and often advertising dollars for their newspapers and radio shows.

My sense is that these folks want to run as far away from environmentalists as possible. Clean energy in the United States has been defined by earnest environmentalists who, to their credit, embraced it wholeheartedly. But to our collective detriment, they spun an ideological, naive story divorced from the reality of the energy economy transformation actually taking shape around us.

The result is that clean energy is mistakenly seen as a passive and precious solution for a future society -- a delicate sunflower waving in the face of a muscular coal miner or a pristine field of green and sky of blue set against a dirt mound penetrated by a fracking rig. It feels more utopian than aspirational, more luxury than necessity.

The American energy economy is changing, and changing rapidly. Clean energy and energy efficiency are where the growth is happening. We can move of millions people from coal mining, low-tech manufacturing, and even oil and gas into well-paying jobs that don’t negatively impact the health of people and the planet.

By rebranding clean energy, we can empower all Americans to work together for a stronger future. It’s time to get down and dirty.