By Mike Casey, President of Tigercomm

The Arizona utility, APS (Arizona Public Service), and people in Arizona State government have been recent, frequent visitors to my firm’s website. 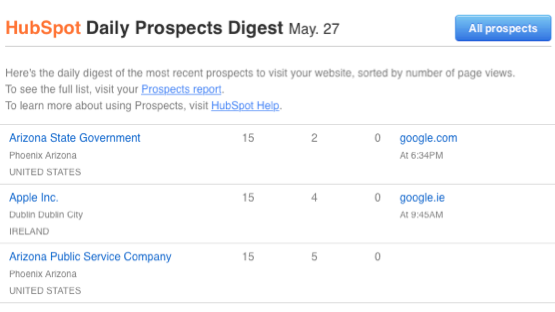 I assume that state employees are staff and members of the Arizona Corporation Commission (ACC), some of whose members are now under state investigation by the Attorney General’s office for a dark money election scheme widely believed to have been funded by APS.

Time spent on our site hopefully reinforced some things about us:

We’ll work with any responsible party, regardless of political bent, as long as they can drive the economy’s transition to a clean energy footing. Here’s an inset of work we did several years ago on a campaign for conservative ranchers, farmers and Western property owners seeking common sense protections against off-road vehicle abuse on their lands:

I’m assuming neither the ACC nor APS want to hire us. More likely, they are smarting from the recent run of negative publicity resulting from Arizona media raising important questions about the APS-ACC relationship. So have the shareholder group, As You Sow, and The Checks and Balances Project, a client of ours. You can read a sampling of the coverage here, here, here and here. It’s pretty eye opening.

Why is that important? Because while some utilities embrace clean energy’s growth and popularity, some aggressively resist by attacking reform messengers with misinformation, opposition research books and the help of sympathetic media outlets.

Take our friends (and clients) at the Southern Alliance for Clean Energy (SACE), who are part of a coalition with Florida conservatives to bring much-needed attention to the efforts of some utilities to prevent homeowners from accessing low-cost rooftop solar in the Sunshine State. The result?

Attacks like the one rebutted in this story, and hit pieces (here) in outlets like the reliably pro-fossil fuel the American Spectator that were likely written off an opposition research dump. If you don’t want to read the Spectator stories, they basically say: 1.) Unless you like taxpayer-supported utility monopolies effectively telling you what you can put on your roof, you can’t be a true conservative. 2.) Government welfare checks to fossil fuel interests aren’t very big (this is wrong), and they shouldn’t offend free-market conservatives.

So, let’s start the counter now on similar propaganda pieces that APS will seek in order to shoot the Checks and Balances messenger for asking reasonable, public interest questions about utilities and the regulators overseeing them. I respectfully suggest that APS ratepayers’ money would be better spent on strategies that continue lowering cost of solar, instead of opposition researchers and ad hominen attacks to stall job-creating clean-energy choices that the vast majority of Arizonans want.

But if APS has gone down the opposition research road, I can save them some time when it comes to my firm: 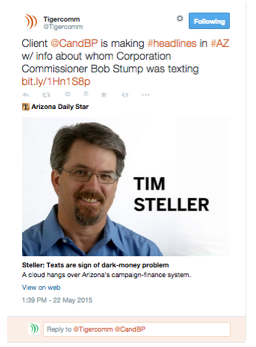 Here’s the bottom line: If we as a country are going to successfully promote and scale clean energy and climate solution technologies, it’s going to disrupt and upset some very powerful and entrenched interests. These interests are not going to take change lying down. They are bringing every bit of their financial resources to bear to stop clean energy technologies, while denying consumers and customers the option of making clean energy choices.

To move forward, we’ll have to join philanthropic and clean energy private sector money, and we’ll have to raise some inconvenient questions of the entrenched.

That’s what the Checks and Balances Project is about. And, it’s why we are glad and proud, to have been in its corner from the start. Keep going, Scott!