Thanks to Steve Vavrik of Apex Clean Energy for the "heads up" on the new study, 2017 State of Corporate Renewable Energy Procurement. As Vavrik explains (bolding added for emphasis), "In new research conducted in partnership with Apex, the GreenBiz Group surveyed more than 150 business leaders from companies with annual revenues over $250 million about their energy strategies, specifically the factors driving their consideration of, commitment to, or contracted direct procurement of renewable energy."

One encouraging finding from the report was that threats to pull out of the Paris climate accord are not slowing down the private sector; to the contrary, "[m]ore than four in every five respondents, representing a broad range of industry sectors, plan to be active in the renewable energy market in the next decade." In large part, this is because of the plummeting price of clean energy, a trend that's not likely to slow down anytime soon. In sum, the report concludes that we are seeing "the beginning of a turning point for sustainable power generation," with the main "missing piece" being "a new appreciation for the value of investing in sustainability, one that fully appreciates the scale of the task ahead: a private sector–led modernization and decarbonization of our national electric grid."

A few more more top findings, from the report itself, include:

Finally, here several summary graphics from the report, which we strongly recommend to anyone interested in strategies to increase corporate renewable energy procurement. 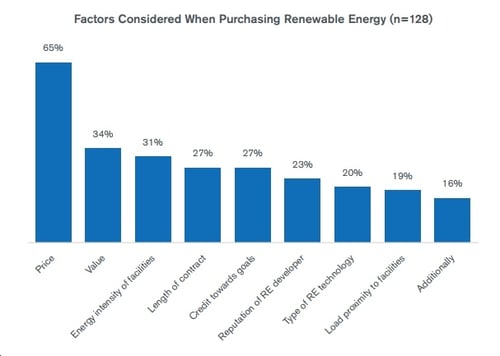 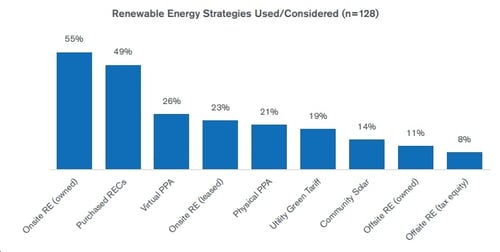 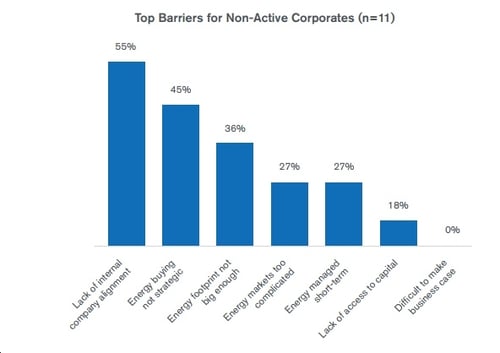