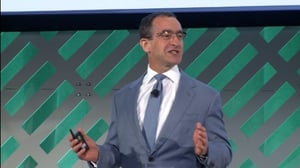 Slides from Bloomberg New Energy Finance (BNEF) Chairman Michael Liebreich's fascinating presentation at the BNEF Future of Energy Global Summit are available here, and you can watch the video of his presentation by clicking on the image to the right. See below for highlights.