The International Energy Agency (IEA) has long been criticized for its renewable energy forecasts being (far) too low. Now, it appears the IEA is finally moving to correct its many years of underestimating clean energy scaling potential. Thus, a few days ago, IEA's spokeperson said that his agency "has significantly raised its estimates for the deployment of renewables compared with previous years reflecting major changes in energy policies around the world, such as the adoption of the Paris Agreement.” And today, the IEA is out with its new Medium-Term Renewable Market Report, which may mark a "turning point" in clean energy growth forecasts, due to "rapid decline in costs and strong political support in key countries, such as the U.S. and China."

With that, here are a few highlights from the IEA's press release, and from IEA Executive Director Fatih Birol's presentation on the new forecast. 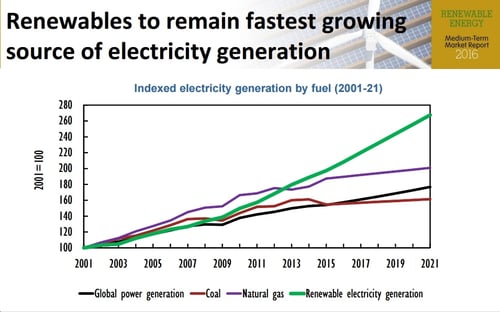 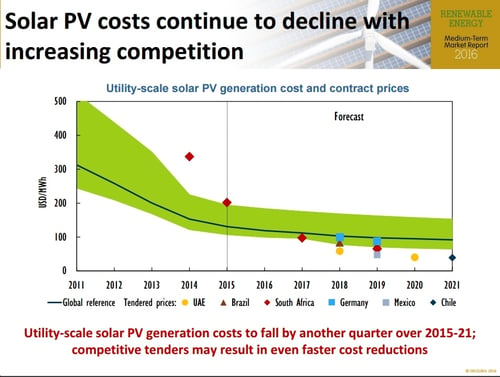 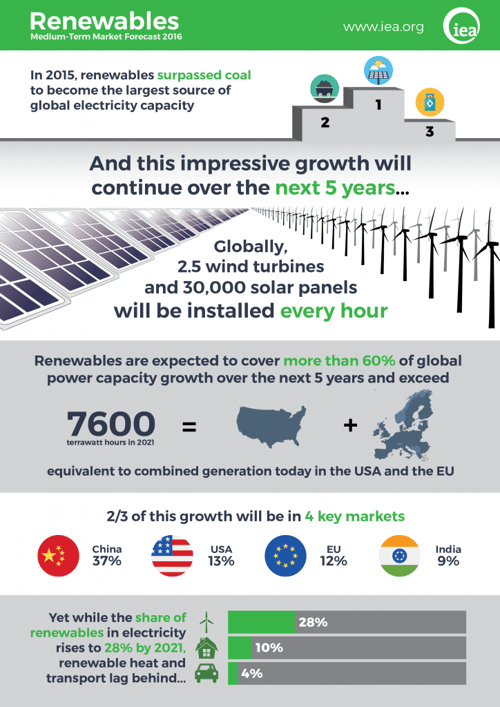