The Global Wind Energy Council (GWEC) is out with the sixth edition of its annual Global Wind Energy Outlook, "looking at the future of our industry out to 2020, 2030 and ultimately to 2050." The full report is available for download at GWEC's website, but for now, here are a few highlights (bolding added for emphasis) and graphs. 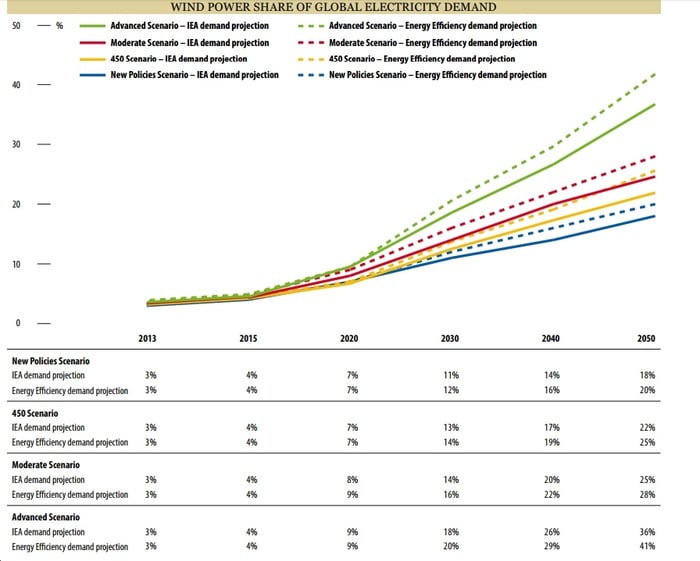 Finally, here are a few other points from the report worth noting: