It looks like the most dire potential impacts of Hurricane Matthew have been largely avoided, at least in Florida, but check out this post by Climate Central for a reminder of what type of storm surge potential a climate-change-fueled superstorm brings with it. The first image is of Daytona Beach, and the second (see below) is of Savannah, Georgia. 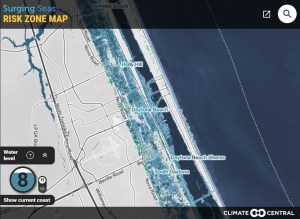 Exactly how much storm surge comes ashore in different parts of Florida depends in large part on Matthew’s track, but forecasts indicate that 6 to 9 feet of surge is possible for Cape Canaveral, located about 70 miles south of Daytona Beach, as well as Jacksonville, and all the way up to Edisto Beach in South Carolina. To the south of the Space Coast, 3 to 5 feet of storm surge is expected. Numbers only tell part of the story. To help illustrate the potential severe impacts, WXshift has created graphics using the National Oceanic and Atmospheric Administration storm surge forecast and Google Earth.

These renderings are not intended to be a forecast of exact impacts. A shift in Matthew’s track of just 10 miles could be the difference between major impacts and relatively minor ones, not just in terms of storm surge but also rain and wind...

...Warming oceans and melting glaciers have added about 8 inches to sea levels near Jacksonville since the start of the 20th century. Research has also shown an increase in the frequency of large storm surge events in the Atlantic hurricane basin since 1923. 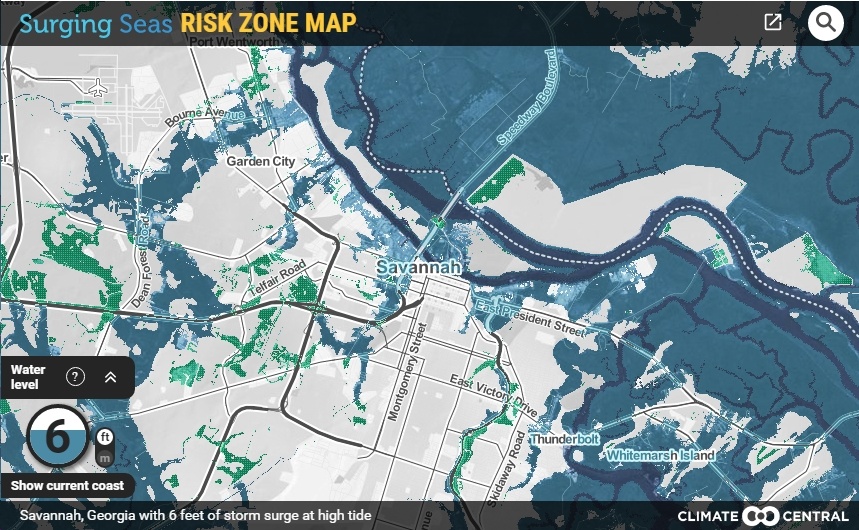