Great work by the Rocky Mountain Institute -- in partnership with the Energy Research Institute of China’s National Development and Reform Commission (ERI), Lawrence Berkeley National Laboratory (Berkeley Lab), and Energy Foundation China (EF China) -- in laying out a realistic, achievable, economically attractive path towards a clean energy economy in China by 2050. You can download the Executive Summary here, but for now here's a summary of the key points and a few graphics which illustrate where China could be in a few decades. 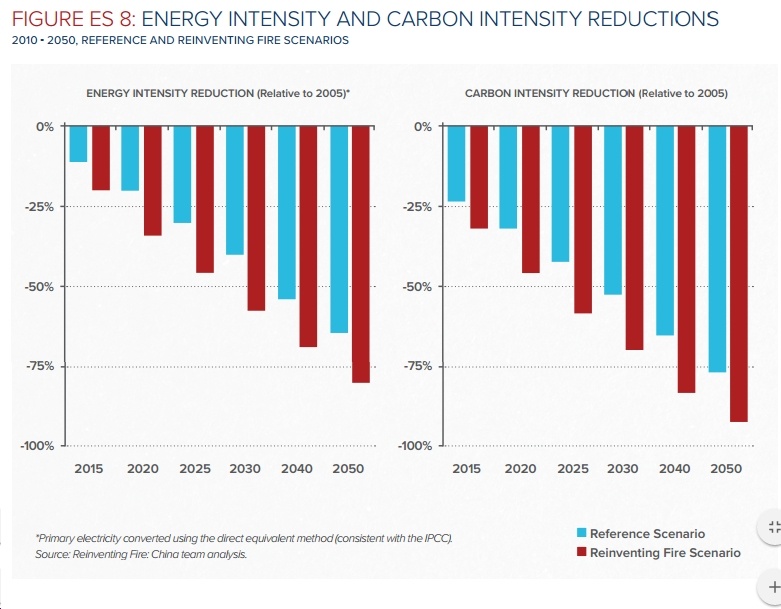