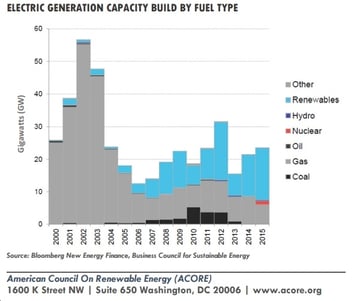 The American Council On Renewable Energy (ACORE) is out with a new report, A Profile of the Nation's Renewable Energy Sector: Powering 21st Century America, that is well worth reading. The report makes several important points, which are summarized below. Also check out a few of their graphics, which are highly informative.