Need any more reasons to switch to clean energy? How about an increased mosquito season and risk of Zika virus transmission thanks to global warming fueled by carbon-based energy sources like coal and oil? A new study by Climate Central provides detailed evidence that this is already taking place through the United States.

Climate Central’s States at Risk project has analyzed how the length of the mosquito season has been changing across hundreds of metropolitan areas across the Lower 48 states. We found that in most of the country, rising temperatures and humidity since the 1980s have driven an increase in the number of days each year with ideal conditions for mosquitoes. Warming temperatures lead to more evaporation, which puts more water vapor in the atmosphere and increases humidity. The overall increase in mosquito days in the U.S. is likely increasing the risk of several mosquito-borne diseases, including the Zika virus.

...Climate Central analyzed how the number of days each year with ideal conditions for mosquitoes has been changing since 1980. We found that most major cities in the country (76 percent) have seen an overall increase in days conducive for mosquitoes in the past 36 years, and many regions have seen the mosquito season increase by half a month or more.

Among the 200 largest metro areas in the U.S., 10 cities have seen their seasons grow by a month or more over this relatively short period of time. Overall, 125 cities are now seeing their average annual mosquito seasons at least five days longer than they were in the 1980s.

The point is, global warming and its adverse implications, like increased risk of Zika virus transmission in the United States, affect all of us, regardless of our politics or any other considerations. In turn, that's a strong reason for all of us to support a rapid switch to wind, solar and other forms of clean, non-carbon-based forms of energy. 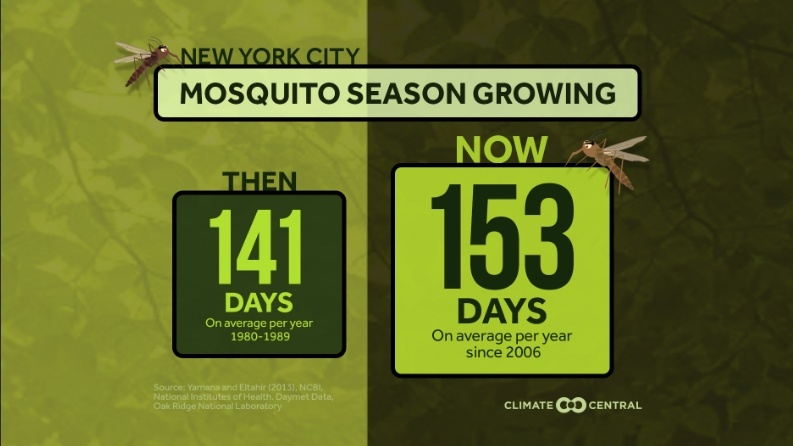 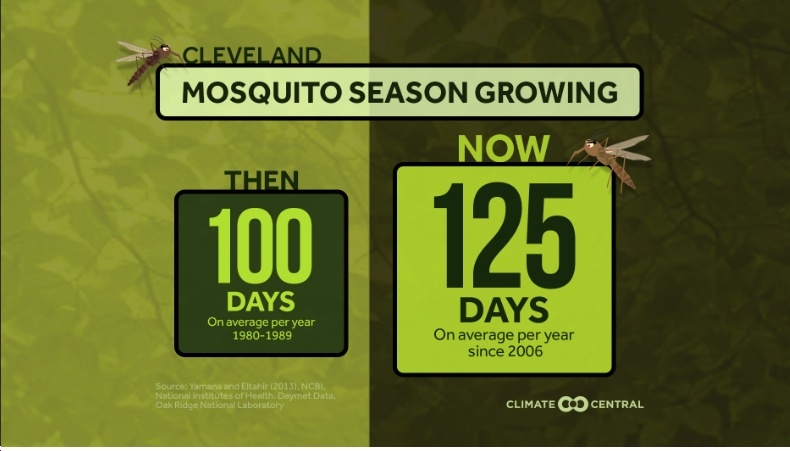 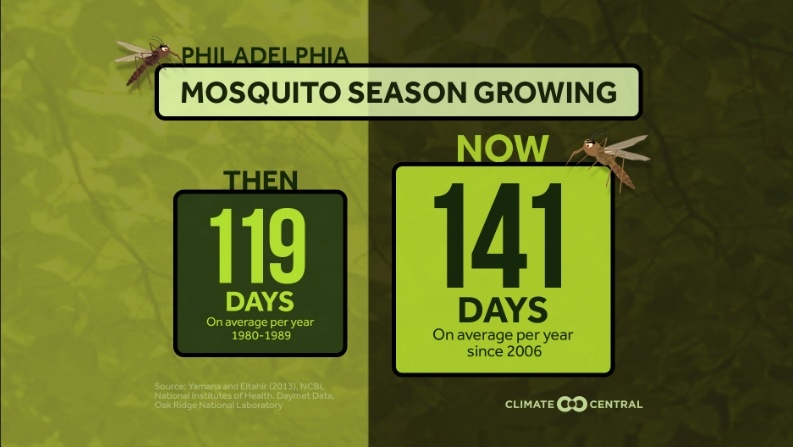 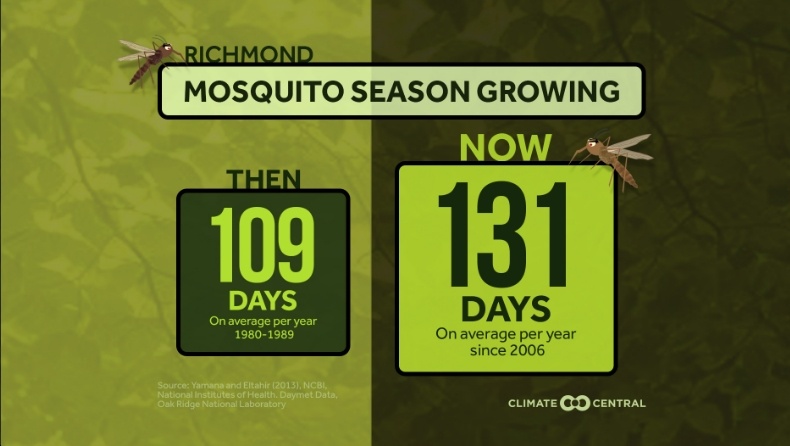 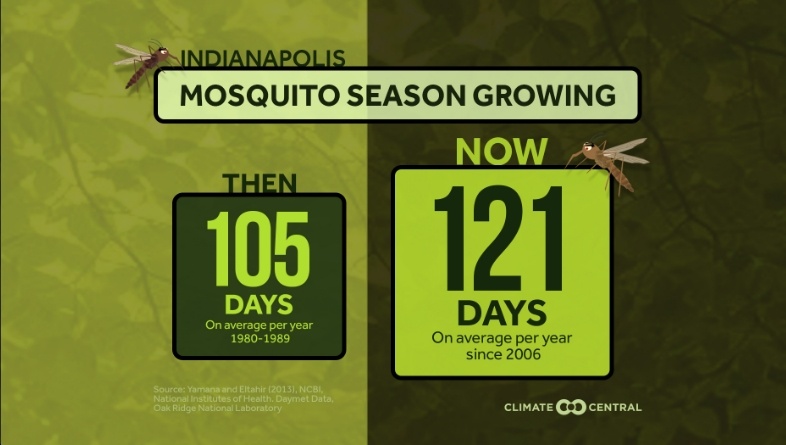