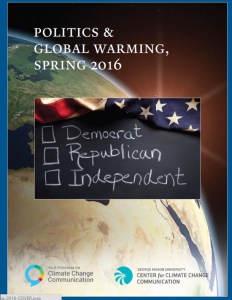 The Yale Program on Climate Change Communication does great work, and today is no exception, with their new report, "Global Warming and the 2016 U.S. Presidential Election." Here are a few findings relevant to the clean energy  industry:

The bottom line, as many other polls have shown, is that Americans overwhelmingly support clean energy and reductions in fossil fuel pollution. To the extent that this is a partisan issue, Democrats are more pro-clean-energy and more supportive of action on climate change than Republicans, but there's significant support across the political spectrum for both of those things.