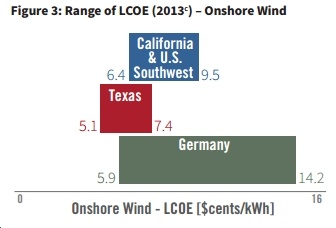 There's a fascinating new study out by researchers at Stanford's Steyer-Taylor Center for Energy Policy and Finance, comparing "the solar PV and onshore wind deployment experiences and policy approaches of California, Texas, and Germany to gain insights into what has worked well – and what hasn’t." There's a great deal of information in the report, but here are the 10 top takeaways based on our reading of it.