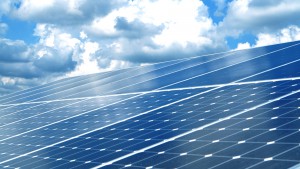 New survey research by Nielsen (see here and here) finds more evidence for something we've been seeing for a while: consumers are increasingly interested in solar power and environmental sustainability.

“Clean economy company CEOs should be really encouraged by these findings,” says Michael Casey, President of cleantech PR firm Tigercomm. “They are the latest data set showing that demand for what they are offering is getting baked into consumer preferences. The phony controversies of Solyndra and 'Climategate' of the last decade are fading. The critics and doubters are losing. ”

Here are a few highlights from the Nielsen surveys:

The bottom line is that, while interest in solar power, energy efficiency, and sustainability in general has been increasing among consumers, challenges remain with regard to actually making the sale. Still, it's encouraging to see these positive trends, as they are indicators of the enormous potential for cleantech products and services in coming years.

ScalingGreen is a project of the renewable energy public relations firm Tigercomm.