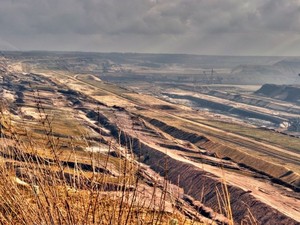 Back in 2011, we interviewed Professor Michael Hendryx, an expert on measuring the harmful impact of coal mining on public health, and now a professor of applied health science at Indiana University, Bloomington. The key takeaways from our discussion with Professor Hendryx amounted to a powerful indictment of mountaintop removal coal mining.  For instance:

Coal “mining is a loser economically, environmentally, and in terms of public health.” Hendryx has found that the heaviest coal-mining regions of Appalachia are worse off in just about every way compared to neighboring regions...In making his calculations, Hendryx looked at a range of indicators, including health, education, poverty, environmental conditions, unemployment, and mortality rates. All told, Hendryx’s found that mountaintop removal mining’s economic cost to Appalachian communities totaled roughly $42 billion per year in lost health and lives.

Hendryx also was a co-author of a seminal Harvard study which found that "the life cycle effects of coal and the waste stream generated are costing the U.S. public a third to over one-half of a trillion dollars annually." According to the study, a significant chunk of that is health care costs , with "public health burdens from coal mining cost $74.6 billion each year" in "Appalachian communities alone."

Now, Newsweek takes a closer look at the human toll of the "Cancer Epidemic in Central Appalachia," one that is largely caused by a lethal combination of factors largely related to mountaintop removal coal mining in the region. Here's an excerpt from the Newsweek story, with Professor Hendryx providing particularly powerful and well-informed commentary.

The long-standing concerns over the impact of the mines on the environment and human health have intensified in recent years with the advent of mountaintop mining. Begun in the 1970s, [mountaintop removal mining - MTM], also called surface mining, escalated in the 1990s as a cheaper way to access the energy-rich bituminous coal beds lying beneath the Appalachian mountain forests. After a forest is cleared, explosives are used to blast away mountain peaks to expose seams of coal within. Debris from the blasts is deposited in the nearby valleys. Seen from above, MTM looks like brown rash splotches on a green body.

MTM is incredibly efficient. It also may be making people sick. A study of 403 counties in central Appalachia found that those with MTM have higher rates of cancers of the colon, liver, lung and cervix, as well as leukemia, compared with counties without mining. Cancer-related deaths were also more common in the MTM counties.

Coal mine economics may be increasing cancer risk and exacerbating the region’s poverty. Wages for employees are typically high but the jobs are few, accounting for about 1 percent of all employment in Kentucky. Surface mines require less manpower, leading to a reduction in jobs, and the destruction of the landscape may be keeping other businesses away. Federal and state subsidies to the industry amount to billions of dollars. In 2008, Kentuckians paid on average more than $100 per month in taxes to the coal industry. Recent reports indicate the industry costs more than it earns and is mining beyond current demand, driving prices down. “The area needs to diversify and get away from coal as rapidly as possible if it wants to create a stronger economy,” says Hendryx.

But it won’t be easy to kill off the mining industry. Americans use more than 900 million tons of coal per year; it accounts for about 37 percent of all electric power fuel in the country. The way we use electricity—every light switch, every phone charger—has turned central Appalachia into a “sacrifice zone,” a term coined to describe Cold War nuclear fallout regions in the Soviet Union that has come to refer to areas where residents become victims of the pollution caused by an outside demand for their resources. “Mining communities are America’s sacrifice zone,” says Hendryx. Although recent reports indicate a decline in mountaintop mining, the damage already done has deeply scarred the land and its people.

In sum, mountaintop removal coal mining is harmful in just about every way: to the economy, the environment and people's health. The sooner we transition off this dirty, dangerous stuff to clean, cheap, renewable energy the better.