Check out the latest polling by Stanford University, which demonstrates that, in spite of the untold millions the fossil fuel industry has spent on its propaganda, the U.S. public overwhelmingly wants to move off of fossil fuels and into clean energy. A few key findings include: 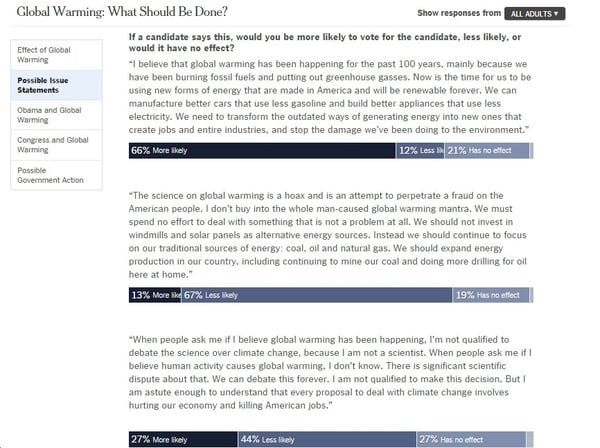