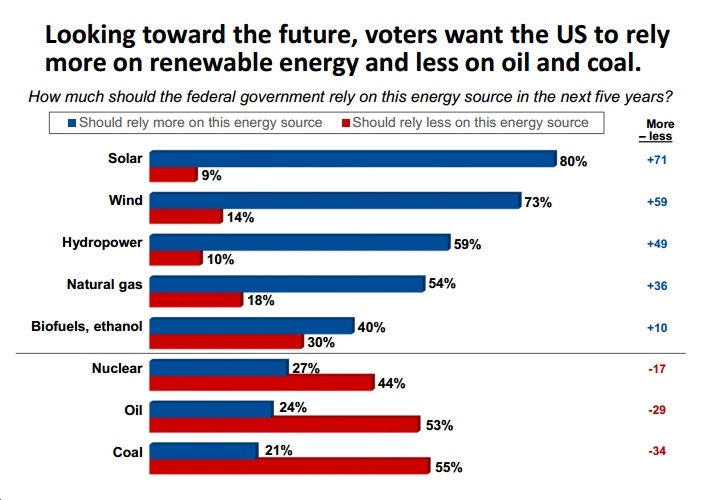 Also note that likely 2016 voters overwhelmingly do NOT support anti-environmental policies such as weakening protections for our drinking water supplies and clean air; allowing oil and gas drilling in national forests/parks. Again, you can't get much clearer than that. The question is, what will it take for anti-clean-energy, pro-fossil-fuel members of Congress get the message? 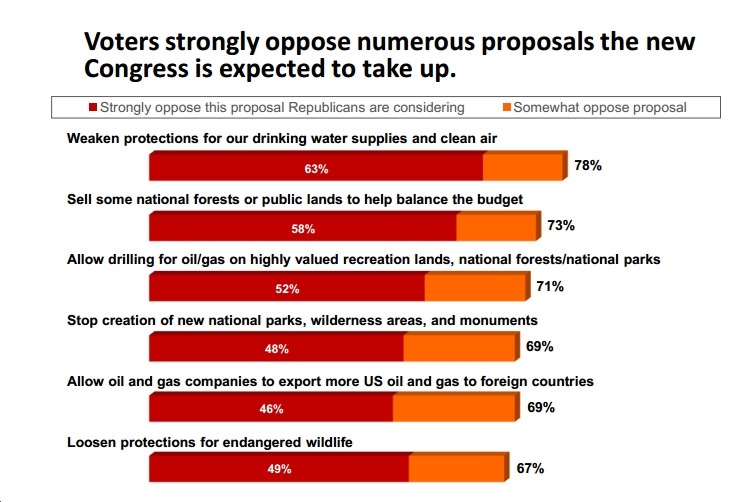