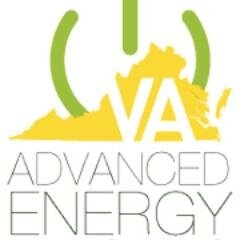 An  op-ed in yesterday's Virginian-Pilot is a must-read for anyone who cares not just about Virginia's energy and economic future, but really about any state in the country. The following are a few key points by Virginia Advanced Energy Industries Coalition (VAEIC) President Francis Hodsoll regarding the Virginia State Corporation Commission (SCC)'s recent "analysis" (using the word loosely) of the EPA's Clean Power Plan. Note that the mission of VAEIC is to "[promote] open markets for clean and secure advanced energy technologies in order to create jobs and position Virginia as a magnet for talent and innovation in the advanced energy sector."

In sum, this is a superb fact check by a leading clean energy group (and its President, Francis Hodsoll), exactly what cleantech supporters should be doing when reports like this are published. Great job! We'd just add that it would be nice if the media, instead of acting as stenographers for this deeply flawed "analysis" by this pro-coal agency, would have critically analyzed this hit job on clean energy. As for Virginia Gov. McAuliffe, he should file the SCC "analysis" where it belongs - the good old "circular file."