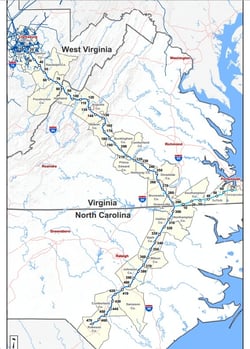 If you ever hear anyone talk about fracking being a merit-driven process, here's Exhibit A as to why that's just not true.

A federal water study commissioned by the Cuomo administration as it weighed a key decision on fracking was edited and delayed by state officials before it was published, a Capital review has found.

The study, originally commissioned by the state in 2011, when the administration was reportedly considering approving fracking on a limited basis, was going to result in a number of politically inconvenient conclusions for Governor Andrew Cuomo, according to an early draft of the report by the U.S. Geological Survey obtained by Capital through a Freedom of Information Act request.

A comparison of the original draft of the study on naturally occurring methane in water wells across the gas-rich Southern Tier with the final version of the report, which came out after extensive communications between the federal agency and Cuomo administration officials, reveals that some of the authors' original descriptions of environmental and health risks associated with fracking were played down or removed.

The final version of the report also excised a reference to risks associated with gas pipelines and underground storage—a reference which could have complicated the Cuomo administration's potential support for a number of other controversial energy projects, including a proposed gas storage facility in the Finger Lakes region that local wine makers say could destroy their burgeoning industry.

This is important reading for concerned citizens not just in New York, but in other states as well. That includes Virginia, where Gov. McAuliffe recently expressed strong support for a massive, 550-mile natural gas pipeline (originating in West Virginia and terminating in North Carolina), about which the Chesapeake Climate Action Network correctly noted that it would only "encourage more hydraulic fracturing, known as fracking."  Another problem is that, just as in New York State, any serious, unbiased, scientific study wouldn find the same "environmental and health risks associated with fracking" that were found there --but conveniently "played down or removed." Is there any reason to think that sequence of events wouldn't happen in other states, like Virginia?  Far more likely, to paraphrase the classic song "New York, New York," if it can happen there, it can happen anywhere. Just make sure it doesn't happen in your state next.